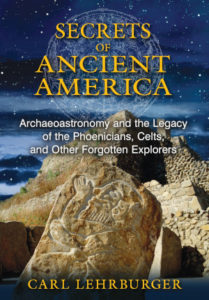 Introduction. I set out to discover a new history of America. This is my story.

Chapter 1. Discovering a New History. I begin by noting that nobody, most notably this author, can discover by themselves the New History.

Chapter 2. America History ABC. Barry Fell had demonstrated there was a great lie, a deception perpetuated by the archaeological community to keep the true history of America a secret. I became determined to discover why this was so and how it was done.

Chapter 3. The Stars and The Stones. I investigate the science of archaeoastronomy, which encompasses how the astronomical practices of the ancients affected their mythologies, religions, world-views, architecture and other aspects of their cultures.

Chapter 5. They Settled in Meso America. Relying on other researchers including Martin Brennan, V. Ganapati Sthapati (1927-2011) a famous master temple builder from India, and John Major Jenkins I document the origins, cosmologies and pyramids of the Maya and show how the large stone works were based on celestial alignments.

Chapter 6. The Pathfinder. Equinox alignments at this Colorado Native American petroglyph site are highlighted. I found subtleties and forms that I didn’t readily understand, but over the next several years, by taking the time to draw them, the images and the stories became clearer.

Chapter 8. Old World Cosmologies at Anubis Caves. I would come to discover that this Oklahoma site is one of the most significant examples of Old World contact in America before Columbus. The influences of Mythraic cosmologies and rituals on these mellenium old Celtic peoples is documented and explained by research Phillip M. Leonard.

Chapter 10. Westward to a Dwelling Place of a Great Spirit–Mojave North. After a few years of studying the petroglyphs and archaeoastronomy of Mojave North in eastern California under the tutelage of Rod Schmidt, I discovered several new alignments including a micro heliolithic animation with a surprising revelation at sunset on the equinox.

Chapter 11. Mojave North II—Did They Come Across the Pacific? Shiva lands in America at this ancient California site where Dorian Taddei and I document many new aracheoastronical discoveries, including both solar and lunar phenomena.

Chapter 12. Features of the Great Basin “Melting Pot”. “There, I stood, gazing at one of the largest petroglyphic images of a man. He stood four feet tall with outstretched arms, analogous to Leonardo de Vinci’s famous image of the Divine Man.” More sites and archaeoastronomical revelations.

Chapter 13. Midwest Relics, Mounds and Controversy. Deciphering a New History of America has to circumvent misinformation and frauds, including the many fake artifacts that proliferated between 1850 and 1920, often referred to as a “Golden Age” of archaeological hoaxes, along with modern day hoaxes and frauds.

Chapter 14. Hebrews, Romans, and Early Christians. While archaeologists continue to believe that “legitimate artifacts” are missing from the area’s historical record, a site in New Mexico and relics from Arizona present archeological evidence that Hebrews made it to America.

Chapter 15. More To Learn. In addition to my own personal encounters that serve as proof to myself of ancient foreign travelers in America, collectively the hundreds of incidents found in historical records and the evidence presented by many researchers, writers and archaeologists provide evidence that the Old History is a gross misrepresentation of the facts, even an intentional lie.

Chapter 16. The Legacy of the Conquest. “What is being covered up?” The answer is not simply the unconscionable genocide of indigenous peoples. The real cover-up is the continuity of the forces, ideologies and institutions that were operationally behind the Conquest of the Americas with the same agendas enacted today by corporations and governments, driven by the same goals and purposes that dominated the Old History.

Chapter 17. Awakening a New History. In attempting to present a New History, I peel away the layers of lost connections to a disenfranchised and misunderstood past in a quest for understanding the shared present.

To purchase a copy of my book, the image link takes you to Amazon.com, where, as an associate I receive a commission.
Should you like an autographed copy, please make a request through the contact page and I will email you availability, timing and pricing. Thank you! 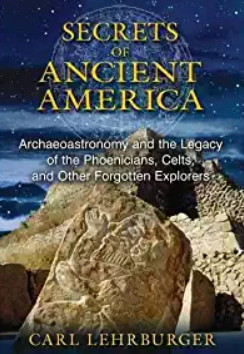